The best way to pay for a lovely moment is to enjoy it.

by diplomaticinfo
in Business, Diplomacy
0 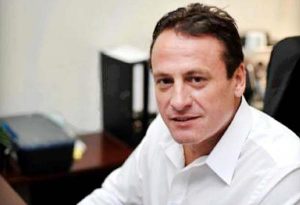 It was a past he tries not to brag about, but it was a fact that the crowd remembered well when he was about to address fellow CEOs at the recent Asia CEO Forum, Darcy Mark Lalonde, founder of several companies and now a leading director at business process outsourcing firm Shore Solutions Inc. has a past.

He used to be a professional wrestler and has tackled the likes of Bret “the Hitman” Hart and was even called the “Million Dollar Man,” who used to scream “money is everything,” before he fights at the ring of the World Wrestling Federation.

“People take you seriously when you tell them you are a wrestler,” he says addressing fellow CEOs with a chuckle, but shifting his tone as he points out that doing business in the Philippines is not necessarily just about the money.

Residing in the Philippines for more than 10 years, Darcy is quite passionate about how he has built his many businesses in the country and why he believes, it still is the lucrative place to do business in Southeast Asia compared to Vietnam, Indonesia, and Singapore.

“The Philippines is the easiest place to start a business in Asia,” or so says Lalonde, one of Asia’s most successful executives and entrepreneurs. “Nowhere else are there such high-quality human resources available and the cost of doing business so affordable.”

“The people – the brilliance, loyalty, and dedication that they extend to the company,” he shares which makes investing and running a company here in the Philippines quite unique and worth your every cent.

As a manager, who is pro-mentoring and pushes good leadership succession and passing on the torch, Darcy believes in the Filipino talent that can be honed for management leadership.

“Filipinos do stand out in terms of work ethics,” he says. “I believe in local talent, in succession planning and promoting people from within the organization,” shares Darcy, who mentions the names of his reliable staff and local consultants during his presentation.

Lalonde is the managing director and investor in Shore Solutions Inc, a 2,000-seater business process outsourcing firm in Bonifacio Global City in Taguig that has top companies here and abroad as clients.

Before devoting his time to Shore Solutions, Darcy was behind the success of Northgate Arinso here in Manila and the rest of the Asia-Pacific markets.

He says there is still much to be done by the government in terms of improving the educational system to maintain a steady pool of workers for a young and growing BPO industry.

This is not his only business undertaking in the country, proving his love for Philippine tourism, Darcy and his local partners built a resort in La Union. He placed his own money that created the Kahuna Resort, bringing in more than 500 jobs in Central Luzon’s surfing paradise.

Kahuna Resort has a five-star boutique hotel, which he himself promotes and enjoys visiting on weekends with family and friends.

Although full foreign ownership of land is not allowed in the Philippines, Darcy believes that in time his various businesses will see a return-on-investment.

Towering at 6-foot-1, Darcy has that invincible garb that makes him appear tough in countenance, which could have come in handy during his wrestling and hockey playing years.

His years rising as a junior accountant to CEO and as entrepreneur and owner of various companies, Darcy had proven that there is no substitute to passionately leading your team and showing enthusiasm in the work that you do.

“Know how valuable your time is, but not in an arrogant way, but communicate down the line. Show the staff that you love what you do in working with them in the company. Your enthusiasm must be infectious to inspire,” Darcy notes.

He says he has taken this investment philosophy from American investor Warren Buffett of Berkshire Hathaway.

“No matter how much money you have, you can’t buy more time. There are only 24 hours in everyone’s day. Warren has a keen sense of this. He doesn’t let his calendar get filled up with useless meetings. On the other hand, he’s very generous with his time for the people he trusts. He gives his close advisers at Berkshire his phone number, and they can just call him up and he’ll answer the phone,” he points out.

Darcy says he is lucky enough to be one of those people, who had the opportunity to ask and get the views of an investment legend like Mr. Buffett.

“Warren inspired me to start writing my own annual letter. I still have a ways to go before mine is as good as Warren’s, but it’s been helpful to sit down once a year and explain the results we’re seeing, both good and bad,” he says.

A very personal touch and maintaining an approachable demeanor had been Darcy’s key tools in managing all these years.

He admits to being humbled that the companies he used to own and manage but sold out to another but had eventually taken a different path as he originally planned gives him a slight tinge of regret.

As there is no way to turn back time to get back a company he considers his “baby,”

Darcy Lalonde just speaks of stern advice to fellow investors and managers on how to be effective in the Asian region, especially in the Philippines.

“There are no short-cuts to good investments, you have to follow the rules and be passionate about the work that you do and have fun!”