Is There a Place of Health in Corporate Strategy and Planning? – Dr. Victor Ordu

by diplomaticinfo
in Business, Cover Story
0 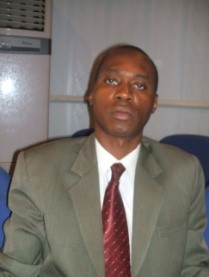 Health is wealth. One cannot resist the cliché, perhaps for lack of a better way of expressing the central role of health in the economic wellbeing of individuals, communities, and nations.

We usually concentrate on its value to the individual that is, permitting him or her to pursue personal dreams, goals, and ambitions and generally enjoy a quality life. But what does it mean to a community, the society or a nation at large? And how does it affect the fortunes of corporations? A lot, if our popular saying is anything to go by.

A full treatise of this subject is clearly beyond the scope of this write-up, but hopefully, it will get the reader to think more about what health (or the lack thereof) really means to their bottom-line.

The 21st century rights-based paradigm of health actually evolved from that of the 19th century, when political and economical considerations for healthy populations (especially mothers and children) were paramount in the mind of Europe’s policymakers. Frankly speaking, the efforts of government in safeguarding public health are first pecuniary before they become acts of duty towards the citizenry.

Periodically, executives in the public and private sectors engage in strategic planning, in order to chart a course for their organizations. Typically, they conduct SWOT analyses as well as look at other parameters that serve as indices of their competitiveness in an ever-changing market. In this regard, it is crucial for CEOs to weigh in on health from the standpoint that it is ‘good business’ and not just a social responsibility.

For instance, an ailing workforce would be considered a weakness, while a host community suffering from an epidemic could either be a threat to the survival of the business or an opportunity to deliver a service or sell a revolutionary product. Although there are other apparently important variables to consider in the analysis, corporations could be ignoring the globalization of health challenges at their own peril. A good example is the Baby Boom, which is the most influential demographic trend of the 20th century.

Today, as the baby boomers retire and age, the world is on the throes of a major crisis, with unprecedented numbers of people suffering from non-communicable, chronic and degenerative conditions. For example, the cost of Type II diabetes mellitus to the world economy was $500billion in 2012 from an estimated 317 million patients; unfortunately 4.8 million died of the disease.

The outlook for the future is not very pretty – some authorities state that by 2035, there would be 592 million sufferers globally! When one adds the statistics for heart attacks, stroke, cancer, chronic obstructive pulmonary disease, etc., it can be seen that it is time for strategic health planning to move into the board rooms of large business entities. The astute business leader cannot afford to ignore such staggering numbers.

From the standpoint of corporate strategic planning, the overall employee health status is reflective of the capacity of that organization to attain its stated vision, mission, goals and objectives. Therefore, investments in the health and welfare of the staff could be considered a capacity strengthening effort. Unfortunately, this variable is not commonly reflected in standard Organisational Capacity Assessment Tools. 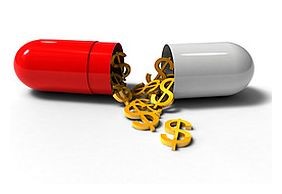 Local and international health policy is another area corporate planners and managers should consider carefully, with the help of public health experts. For instance, current thinking is that the contentious U.S. Patient Protection and Affordable Care Act (a.k.a. Obamacare) will greatly impact several sectors and industries within and outside of North America. Some hint that the law will lead to a significant downturn in the insurance industry, something CEOs should monitor closely.

Public health, as a specialty, has grown tremendously over the last two decades, and the interface between economics and health is now more apparent. It could be a good idea for CEOs to look to the public health disciplines such as health planning, health economics, epidemiology, etc., to inform some aspects of corporate strategy development. It could well be the best investment of such organisations.